If you were stuck in a boring and lonely life, but suddenly your world was turned upside down in a single night…
Would you accept the adventure and take the ride?  Would you embrace the chance to escape and become somebody whose actions could affect the entire world?  Or would you mourn the loss of your ordinary existence after seeing the world as you know it in a different light?
These are the questions that the Harris sisters must answer.

Add to cart
Add to Wishlist

Let me ask you this: if you were stuck in a pathetic, boring, and lonely life, and your world was turned upside down in the events of a single night – would you embrace the adventure and take the ride? Would you take the chance to escape and become somebody whose actions could affect the entire world? Or would you mourn the loss of your ordinary existence, because of the sacrifice that comes with seeing the world as you know it in a different light?

This is the question that the Harris sisters must face when one family’s secret reveals an unknown danger, uncovering a world where those terrifying things you saw as a child weren’t just shadows or the result of an overactive imagination, but the very creatures you imagined them to be. In this place reality and fantasy become the same, and every day you are hunted like prey. The battle to survive is constant and love is cruel, betrayal is real and evil presents itself around every bend.

It all comes back to this one night of your boring life, and the chance to change the life you wished away every day. It all begins with a secret; a treasured possession, which was found quite by accident. Now Kaulculas, the King that controls the darkness, knows that they have it…and he wants it back. 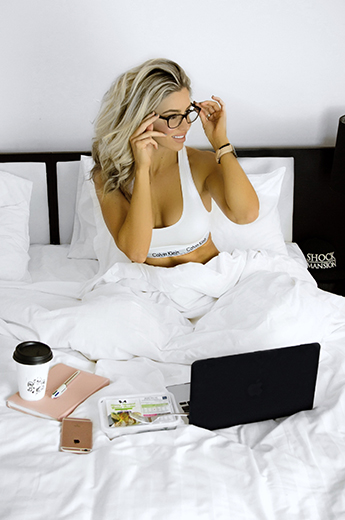 Amie Jane was born in 1983, in Adelaide, Australia. As a young child, she had a wonderful imagination. Amie Jane relished all kinds of indoor and outdoor play and, among other activities, immensely enjoyed children’s pantomimes, concerts, films and story-telling. Long before she could actually read and write, she took great delight in being read to, and in creating her own short stories; dictating many to her parents who wrote them down on her behalf.

In time, Amie Jane developed into a creative young writer and a fluent, expressive, and animated reader. Passionate about reading, she became an avid fan of many classic authors including, Enid Blyton, Roald Dahl, C.S. Lewis, J.R.R Tolkien, Stephen King and later she found inspiration from authors such as J.K. Rowling, Suzanne Collins and Stephenie Meyer.

At age 11, Amie Jane and her family moved to eastern Australia, in the Northern Tablelands of New South Wales, where apart from school, her main ‘focus’ in life was living and breathing basketball.

Inspired by a reoccurring nightmare, Amie Jane aged 16, woke in the middle of the night and scribbled down on paper the repeated scene she kept seeing in her dreams, and placed it folded within her paperwork. As an aspiring actor, she envisaged herself, one day, acting in a screenplay she would create based around this short scene. Her loving and supportive parents had always encouraged her and her older brother, to reach for the stars and to follow their dreams. Nevertheless, preoccupied with basketball, that piece of paper was eventually out of sight, out of mind.

It would be some 10 years later; after gaining various qualifications, having dabbled in several careers, relocating to the state of Queensland, and her aspiring acting career now replaced with achieving high-end sales in the corporate world, that she would come across the very same folded piece of paper when sorting through old paperwork. It was then, Amie Jane decided to use her downtime to write a book around this one scene, starting at the middle and building her characters and story around it.

In time, struggling to juggle corporate world demands, and trying to fuel her true passion for writing, Amie Jane decided to abandon the sensible notion of saving to buy a house, a decision she had been striving towards, and instead, take a few years out of full-time paid employment and travel throughout the world writing and living-off her hard earned savings.

Throughout the years, embracing her parent’s words of encouragement, but driven by her own ambition, determination, and efforts, Amie Jane followed her dreams to become the creative, motivated young woman she is today.

She lived by the belief  'If you don't have the courage to chase your dreams, how can you possibly catch them', and in 2016, ‘The Harris Sisters’ was born.